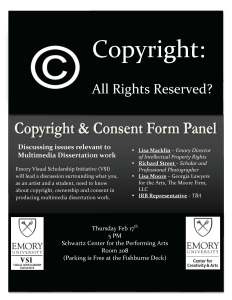 Emory Visual Scholarship Initiative (VSI) will lead a discussion surrounding what you, as an artist and a student, need to know about copyright, ownership and consent in producing multimedia dissertation work.

(Parking is free at the Fishburne Deck)

Sponsored by Emory Visual Scholarship INitiative and the Emory Center for Creativity and the Arts. 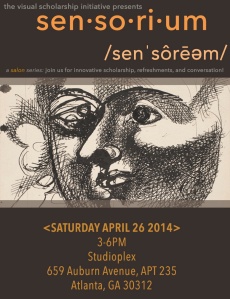 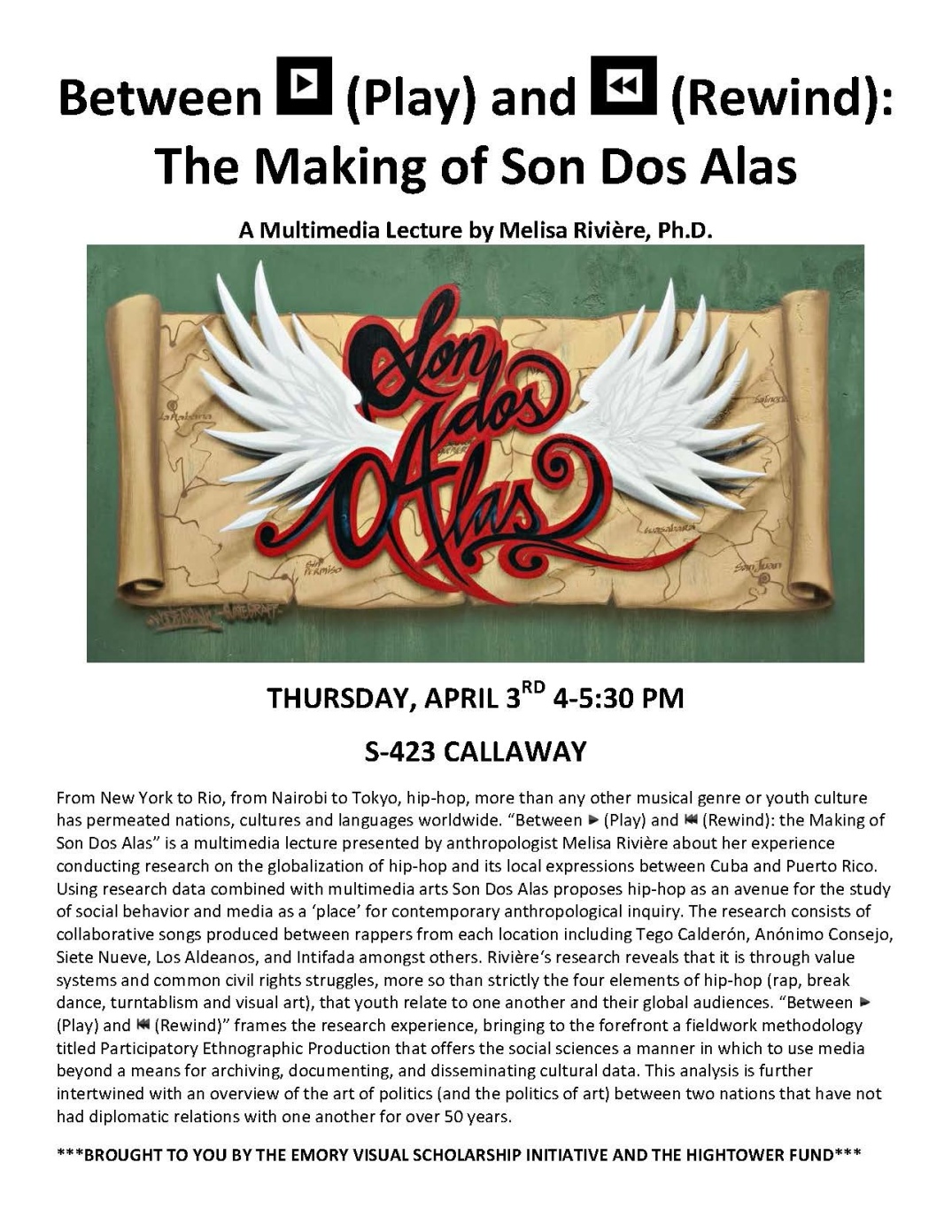 March 24, 2014 by emoryvsi Categories: Workshops and Events Leave a comment

The past November, VSI hosted a panel discussion that brought together visual scholars from across Emory’s campus, including presenters from Laney, Rollins, and the Center for Ethics.  The panel generated much interesting conversation about visual research at Emory, and started a number of conversations that we look forward to continuing in the near future!  Below are some responses from the VSI community to the event:

The strength of VSI’s visual research panel was its cross-campus, interdisciplinarity. For me, it underscored that the ways I use images in my own scholarship occupy just one part of a much larger spectrum of activity. The panel did a good job of mapping out the territory of the visual in research: as an object of analysis, as a mode of outreach and education, and as an actual method or medium of inquiry. Since my own practice is identified as practice-based or artistic research, I avoid the visual as illustrative. In my fields this deflates its critical potential. During the panel, however, I came to understand how moving data onto a visual register might produce desirable results, as in the circulation of information in the field of public health, for example. It occurs to me that the visual in research and scholarship can be either productive or suspect depending on the form it takes in particular contexts. This panel gave us an occasion to begin to think through how visual methods can change intention depending on the constellations of knowledges in which they traffic. It seems to me that a panel that illustrates the different ways the visual is being taken up across the university could productively be followed up with a forum that tends to the troubled areas of visual methods—why one method works in one area of research, but cannot in another, for instance. As a final note, there is a larger conversation that can be had with sensory knowledges beyond the visual, even modes of affect, which merited occasional commentary by some members of the panel.

I confess that I become a bit uneasy from time to time when asked to claim the mantle of a “visual” or “sensory” scholar. As my research has progressed, I’ve found myself drifting away from my initial ambitious plans for chapters of documentary films or full-fledged photo essays. (To be sure, my work is still quite inflected by my training in observational filmmaking, the medium that taught me to–finally!–be still.) What I’ve always appreciated about VSI is the emphasis on the versatility and multivalence of visual scholarship. The panel was no exception; filmmakers and archaeologists shared their work with epidemiologists and us unruly interdisciplinarians. VSI has provided a space for scholars with varying degrees of experience with these kinds of methodologies and approaches. There is no “right” way to do visual scholarship.

The positive development of visually-related research across Emory College — and Emory University — is both encouraging and exciting.  As reflected in the recent panel discussion of visually-related research, these developments are both scintillating and diverse. As the lives of students — and faculty — become more digitally interwoven, visual media for research as well as teaching in the university are certain to increase, if not increase exponentially, in coming years. It seems particularly important to have the technological skills and sophistication of visual research representation develop in tandem with — rather than independent of or at the expense of — the intellectual content of research per se.  In the long run, intellectual excellence will increasing interconnect these strands. Indeed, in a decade or two, the division we presently see between them may be largely effaced.  It is hence very good to see the mutually influencing relationship between visual representation and text-based research brought to the fore, highlighted, and encouraged. 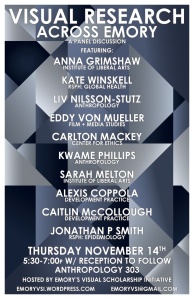 October 23, 2013 by emoryvsi Categories: Workshops and Events Leave a comment 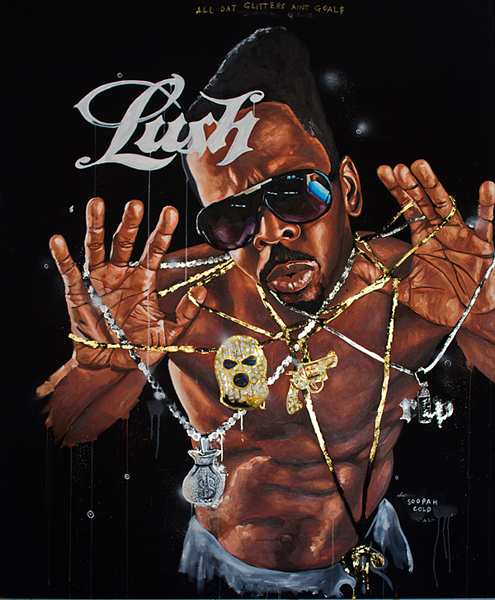 VSI member Fahamu Pecou, a doctoral student in the ILA, was awarded a prestigious Working Artist Project Grant from the Museum of Contemporary Art Georgia (MOCA). In addition to a stipend and paid studio assistant(!) stay tuned for Fahamu’s SOLO SHOW and MUSEUM CATALOG at MOCA. If you want to learn more about Fahamu’s work, check out the links under Member Web Sites. Congratulations Fahamu!